What are the three layers that make up SDN? 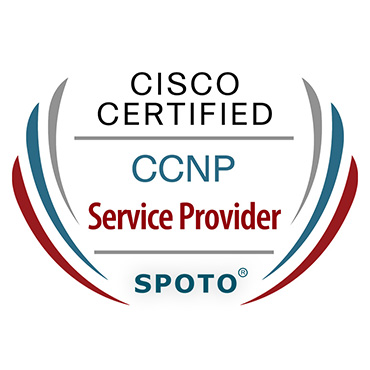 So there would be two choices:

1. Scaling network infrastructure for meeting the peaks, which would be very much complex and expensive.

2. Or you would be able to build a network so that it could be reconfigured automatically to cope with those channels and peaks for meeting appropriate demands.

That’s where SDN came into existence.

SDN or Software-defined networking is considered a unique approach or an umbrella term for cloud computing and networking, which would be simplifying the management of the network. It would be enabling a programmatically efficient configuration of the network to improve the performance of networks and monitor results.

SDN would be emphasized that the basic architecture of the traditional networks is considered to be much decentralized and complex. In contrast, the present network would require being more flexible architecture with a simple troubleshoot option.

SDN architecture layers would be consisting of 3 layers.
a) The application layer
b) The control layer
c) The infrastructure layer

The application layer consists of the programs that programmatically and explicitly communicate their desired network behavior and network requirements to the SDN Controller.

This layer would consist of networking devices that would control the forwarding and data processing capabilities for the network. The devices are considered to be responsible for handling packets based on the rules offered by a controller. It is regarded as the physical layer responsible for collecting the network statuses like network topology, traffic statistics, network usage, etc., and sending them to the control layer.

SDN architecture has the following features:

Network control could be programmable directly as it is considered to be decoupled from forwarding functions.

In Software-based SDN controllers, network intelligence is centralized logically, maintaining an overall view of the network.

In SDN, network managers are responsible for managing, configuring, securing, and optimizing the network’s resources quickly and easily.

SDN Implementation instructions are offered by SDN controllers instead of vendors as well as protocols. So it is considered to be Vendor neutral.

If you wish to study the SDN more in-depth, you must obtain Cisco Exam Dumps, which will help you succeed. SPOTO Cisco Exam Practice Tests are considered to be imperative amongst them. Obtain it today and achieve your dream certification.

What’s the Difference Between SDN and DevOps?

New Knowledge Points of Certified Exam: What is Software-defined Networking(SDN)?

How to get the SPOTO CCIE LAB workbook?

What is software-defined networking (SDN), and how it works?